A letter to my pupils

Posted on Sunday, March 1, 2009 by mattblick
My birthday was on Feb 8th but it took a while to type this up. For those of you who hate reading online you can download it as a pdf to print off and treasure forever ;-). Please pass this along to anyone you know who I have taught.

Today is my 40th birthday. I am not over the hill yet (but you can see it from here). It’s also just about 20 years since I started teaching and I wanted to take this opportunity to write you this letter. 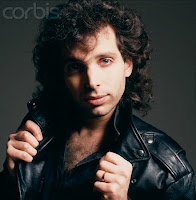 When I started teaching there were no mp3s, instructional DVDs or Internet tab; tab books were rare and wildly inaccurate and Joe Satriani still had hair.

At the age of 20 I expected by now to be famous and dead. 20 years on I find that I am neither. How did this happen? I started on the enterprise allowance scheme as a guitar teacher with the intention of fleecing Mrs Thatcher for £40 a week before going back to unemployment benefit and my plans for rock global domination. Half-way through that year I became a Christian. My life up to that point had been driven by a search for significance, having been told from a very early age by my father that I would never amount to anything. I was determined to prove him wrong and music was my means of doing so. Music (and musical success in particular) was supposed to fill the aching gap in my soul. The only problem was that the more success I had the unhappier I became. I’d just left my first professional band (‘professional’ meaning I was actually getting paid), we had roadies, a manager, we even had a van! But, as someone once said, “sometimes the further you climb up the ladder of success, the more you realise its leaning against the wrong wall”.

One day, sitting alone, I said to myself/God/whoever: “Whatever it takes to be happy I’m going to do it”. Then a weird thing happened. A conversation I’d had years ago with a woman giving out religious leaflets in the street popped into my head. She’d said “All you need to do to get to heaven is love God”. I decided to figure out how you could love someone you couldn’t see, hear or touch. That was the start of a journey that ended with the Bible, church and Jesus Christ. What I learned was that God had made me to know him as my father but in thousands of ways, small and great, I’d turned my back on Him, determined to live life on my terms. Now it was time to come home.

If it sounds like I got religious then you couldn’t be further from the truth. Religion is when you get a set of rules and try to keep them, but I hadn’t got something, someone had got me. My heart was changing, I felt different about everything including (in case you’re wondering) teaching. I actually wanted to work for a living instead of stiffing the government. When I started I had three pupils – Mark Taylor, Kristie Gill and John Matthews. In the last twenty years I’ve had hundreds more. I wasn’t a very good teacher – I couldn’t really read music, still mixed flats and sharps up and was only one step ahead of some of you. I spent far too long working at whatever you wanted to play instead of teaching you how to work it out for yourself but, just like you, I got better with practice. If you were one of my earliest pupils I can only apologise and say in my defence, that you were only paying £4 a lesson.

Many of you will be atheists of some description (from “I don’t believe in anything unless I can scratch a window with it” to “I have decided not to believe in God because don’t like him/her/it”). And I could try to answer the many varied arguments (I dislike James Blunt but so far he is stubbornly refusing to stop existing) but all I want to say is that God is real, he loves you, and one infinitesimally small evidence of that is that arranged everything so that I’d end up being your teacher.

It’s been a blessing to have taught you all. Not just cause you helped me feed my wife and kids but because I’ve learned so much from you all. Not in a mushy new age way. Lets face it, most of you when you turned up at were clueless, tone deaf and didn’t know which end of the guitar to blow down! But having to work out why the mixolydian mode sounds like country rock, why a flattened 5th sounds evil and explain why D5 is called D5 has made me a better musician. And you’ve also introduced me to lots of great music from Le Mystere Des Voix Bulgares to The Presidents of the USA.

1. Learn every single note on your instrument (and if you’re a drummer learn a second instrument).

3. Give away your music for free to start with.

4. When you listen to music spend most of your time listening to music you really love. (If you are doing anything other than breathing while you do this you are not really listening).

5. Listen to Beethoven’s 5th symphony, first movement till you can spot every variation of the “da-da-da-dum” tune.

6. This week download or borrow a CD by someone who is supposed to be brilliant and plays a different style of music to you (try your parents or the library). Do this every week for the next 10 years. You will only like perhaps 30% and that is OK.

8. Write as many bad songs as you can for the next 10 years. It will help. Trust me.

11. The music industry will never die. The record industry is already dead. There is a difference.

12. Read “The Future of Music” by David Kusek and Gerd Leonhard.

13. Learn to sing, at least to backing vocal standard.

14. Most people are kicked out of bands for ‘musical differences’. ‘Musical differences’ is code for “You are a Twonk”. Try very hard not to be a twonk. Seek professional help if you need to. Twonky behaviour includes things like not keeping your word, financial dishonesty, poor time keeping, sleeping with your drummer’s girlfriend/boyfriend/mother and personal hygiene issues.

15. Don’t put up with twonkiness from your fellow band members either. Blatant twonkiness will only be exacerbated by drugs and excess money or alcohol.

17. At some point in your life read the New Testament in a modern translation like the New International Version or the English Standard Version.

18. Practising is when you try to play something that you can’t play. Do some practising.

20. Say thank you to your parents. I bet you didn’t buy that first guitar with your own money.

Please leave a comment (with your name) and say ‘Hi’.

Let me know how you’re doing on the above points. Agree/disagree?

Any pearls of wisdom that I’ve missed?

Songwriter & Musical Educator from Nottingham, UK. New album Fifty Five Stories Down is out now. Blogging through the entire Beatles catalogue at Beatles Songwriting Academy.
View all posts by mattblick →
This entry was posted in Uncategorized and tagged Matt Blick. Bookmark the permalink.

8 Responses to A letter to my pupils