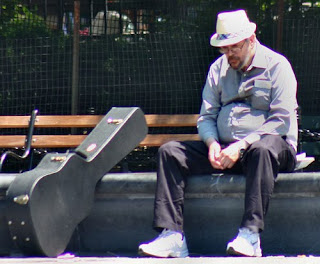 At first I thought it was merely a result of my ineptitude as a blogger.

I mean when you’ve giving away one of the best albums of the year and you’re struggling to find a taker something’s gotta be wrong, right? 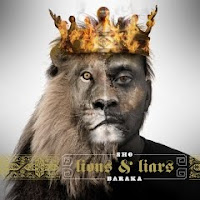 Then the aptly named ‘Under The Radar’ podcast airs a special rap edition. The music is incredible (download it here) but the host sounded like he was already bracing himself for the backlash. What the problem?

The Christian music scene doesn’t need a new star, a new hero, or a new trendsetter. But we do need someone to save us from an army effeminate, doctrine-phobic mystics, and the ability to play barre chords is not necessarily a requirement.

To borrow a line from Sho, when you have ‘hip hop minus all the thugging’ you’re still left with something inherently manly. On the other hand, take a pinch of ‘God is my girlfriend’ sentiments, sung in an effeminate vocal style and smeared with guyliner and it may be marketable, but it won’t make Driscoll’s playlist.

The new rap is most bible-saturated form of music around today. Proof? Who are the champions for this new style of music? Old white preachers. Mark Dever (a man whose church regards Isaac Watts as a little edgy) interviewed Voice & Shai Linne.

John Piper got Lecrae to rap in a Sunday service at Calvinism H.Q. (aka Bethlehem Baptist Church).

Mark Driscoll had Lecrae & Tedashii over to jam at Mars Hill to the studied indifference of 9000 bemused Seattle cage fighting software programmers.

Why did this happen?

This is something of a sea change as far as ‘urban’ music goes (and why urban? Do all the white guys live on the farm?). Marred by self-actualisation & the prosperity gospel and hamstrung by a ridiculous allegiance to King James English, too often black gospel artists have sounded like funky positive thinking emissaries from the 17th century.

That all well and good. But can you rap corporately?

And that’s probably a good thing.

Because at the moment it’s hard to tell who’s a worship leader and who’s not. It used to be easy. The worship leader was the one with a hole in the middle of his guitar.

But now he has a Strat, and a band, and a light show. He’s just like any other band leader (except his band gigs every Sunday morning). This problem isn’t the hardware. It’s the songs.

Don has a Transcendental Experience of God.
Don commemorates that in a song.
Don sings that song at every gig for the next 3 years.
Cool.

Don brings the song into a worship setting and teaches it to everyone.
They sing about Don’s mountain top experience.
Some identify. Some don’t.
Don introduces a few more mountain top songs.
Touching the divine right here, right now starts to become the expectation for a normal time of worship.
Not so cool.

Paul met Jesus on the road to Damascus.
When he got up off the floor he carried on down the road.
He didn’t build a roadside tabernacle and go back there every Sunday expecting to feel the same Holy Ghost high.

Imagine a testimony time where after every story of deliverance, healing, financial provision the whole congregation jumped up and started confessing that it had happened to them too.

Crazy huh?
Let’s make sure we’re not doing that when we sing. 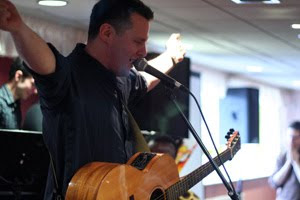 I’m a white guy with a guitar. I’m not dissing my tribe. But I’m thrilled to see something exciting and ground-breaking happening in gospel rap.

I want to welcome what God is doing with open arms, honouring him for the gifting he’s placed in my Christian brothers Sho Baraka, Tedashii, Lecrae, Trip Lee, Katalyst, Shai Linne (to name just a few)

Will you join me?

Free songs by a white guy with a guitar